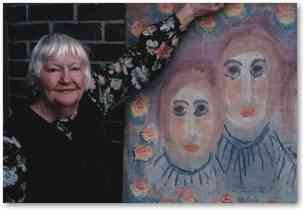 Sybil Aaron Gibson was born in Dora, Alabama on February 18, 1908 to a prosperous banker, merchant and coal mine operator. She majored in biology at Jacksonville State University, where she had an unsuccessful experience in an art class, which “killed any interest” she had in creating art. She became a teacher at Cordova Elementary School until the mid 1950’s when she moved to Jasper, Alabama.

On Thanksgiving day in 1963, she decided to make some Christmas wrapping paper from brown paper bags and was overjoyed with and altered by that experience. She once commented, “Good art paper turns me off, while something out of a trash pile turns me on.” Sybil employed an unusual technique of washing the glue from the paper bags to flatten them while wet to form her favorite surfaces on which to paint. Her fluid brushstrokes imparted a unique style, graceful and minimal with great control of the paint.

An emotional break down following the birth of a daughter and a failed marriage soon followed with Sybil fleeing and leaving her wealth and family behind. They searched for her through the years through private investigators. When they heard of her having a Museum exhibition in Miami in the early 70’s, she disappeared before the show opened. Then, as in the past, the place where she had lived was hurriedly abandoned with her art strewn throughout. Her exhibition at the Miami Museum of Modern Art happened but Sybil was not in attendance.

Gibson was reclusive and extremely modest about her work. She would comment that she felt her work was not worth doing yet she couldn’t stop painting one painting after another once she had began. When people commended her about her work or sought to buy a work, she would disappear.

Howell Raines described Gibson’s work in this way: “The paintings are not over-powering, they are truly fragile in the best sense. The colors are very delicate, and while Sybil Gibson’s work is figurative, her realism is tempered with a certain dream-like quality.” (The Birmingham News, June 20, 1971).

Sybil’s paintings, mostly of women, have a mask-like effect that evokes the feeling of someone hiding from the real world with a dreamlike sweetness. Sybil is known for these delicate and ethereal images of haunting faces, young girls, birds and flora that she continued to paint throughout her life using tempera, pastels and pencils on paper bags, newspaper and occasionally on found objects. Her works are in many important collections and are found in a number of Museums today.

In the latter years of her life, Sybil was reacquainted with her adult daughter who had been reared by her parents. Her daughter took care of her until she died in a nursing home in Florida in 1995. 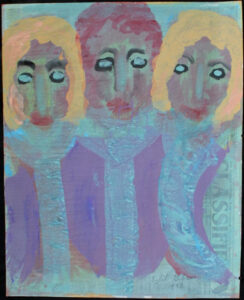 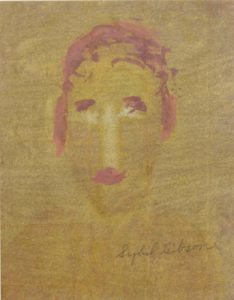 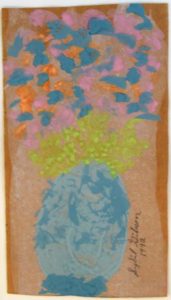 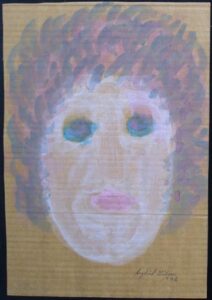 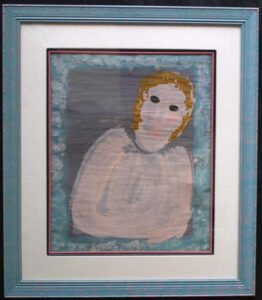 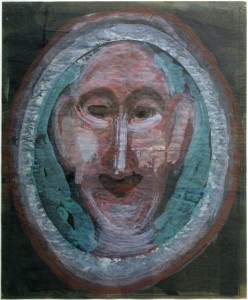 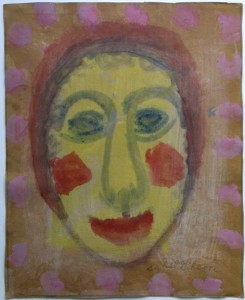 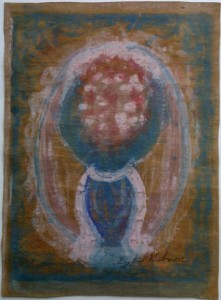 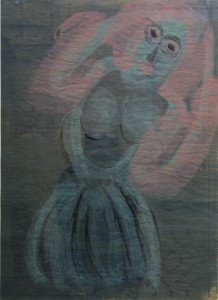 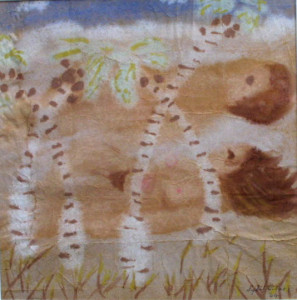 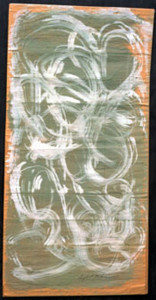 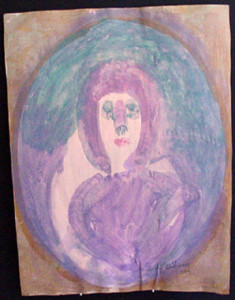 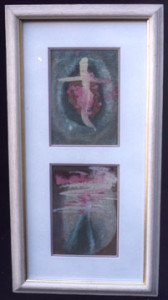 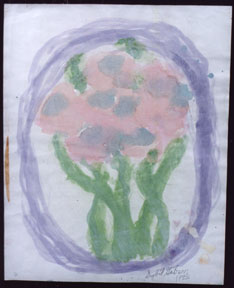 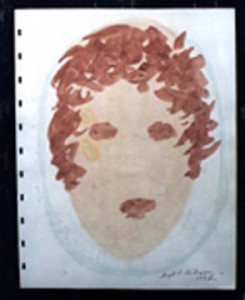 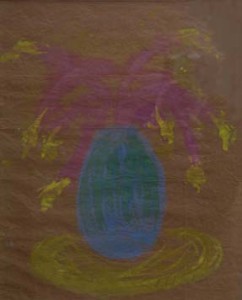