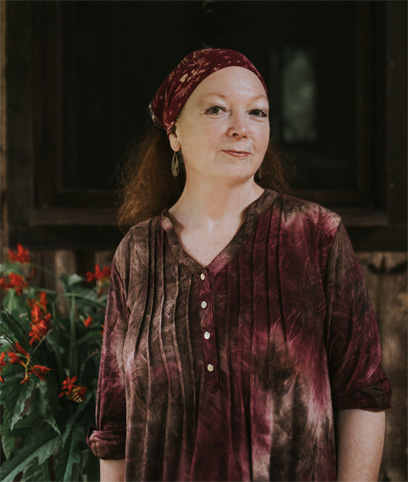 Throughout her life, Sarah Rakes has been influenced by living in rural settings. Born in 1955 in a small Arkansas town in the Ozark Mountains, her first “brush with art” at the age of nine, was a visit to a traveling Museum sent to underprivileged areas by the Rockefeller Foundation. She never forgot what she saw there and began her own creative trials with making art as a result. She filled the walls of her room at home with imaginative drawings and made sculptural objects from found materials. Creating art became her escape from an adverse home life and a struggle to learn in school.

In 1976, after a series of odd jobs, she purchased an old car and left Arkansas to go to New York where she heard there were a lot of artists. She traveled from the hills of north Arkansas through the hills of north Mississippi and Alabama and into the hills of north Georgia where her car broke down. She felt lucky to find work there as a waitress. Within a few weeks she met Mike, a carpenter. They married a year later.

Soon her creative energy became consumed by rearing three children and by building a house with her husband. This home surrounded by a National Forest near Tallulah Falls, Georgia, was a labor of five years beginning with clearing a spot in the woods, cutting down trees for lumber and then independently doing the construction. She then became an avid gardener, growing much of the food for her family.

In 1986 with encouragement from her family, she fulfilled a life-long dream and began to devote her days (and many nights) to painting. Her creative outpouring became a business as she began exhibiting in galleries and museums throughout the region. Within a short time, her works were sought by collectors throughout the United States and Europe, as well as being exhibited in New York on a regular basis. In 2016 Sarah became a widow and began the task of forging a “new normal” in her life and work.

Without formal training and without the influence of the mainstream art world, Sarah Rakes is considered a “contemporary folk” artist. Her works exude a concern with growing things and a love for animals in nature. Uniquely mounted in hand-made frames constructed by her late husband and her daughter then painted by Sarah, her works have a distinctive quality of craftsmanship. These special frames contain her exhilarating combination of colors through which she explores the universal wisdom she expresses. Sarah Rakes has synthesized her rural experiences into powerful images that speak a primal language. 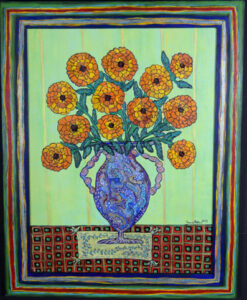 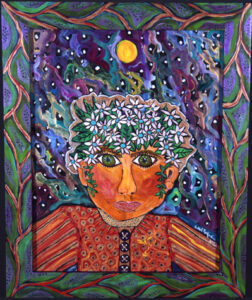 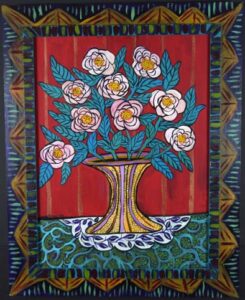 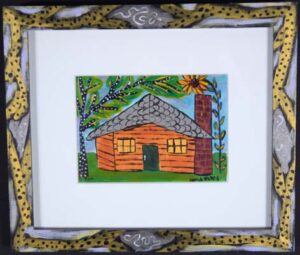 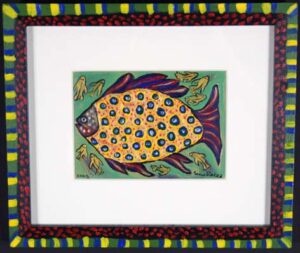 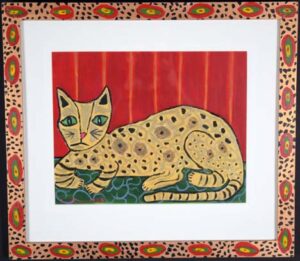 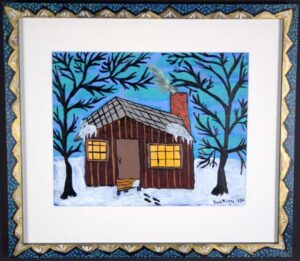 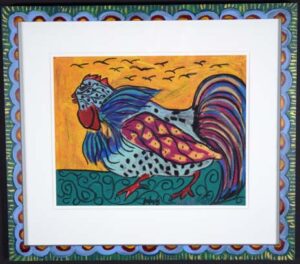 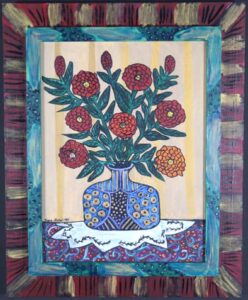 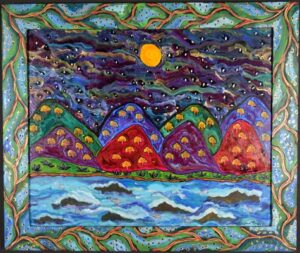 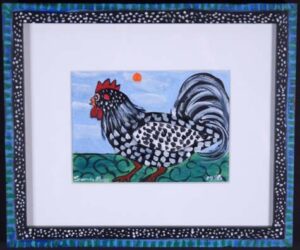 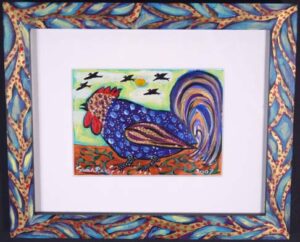 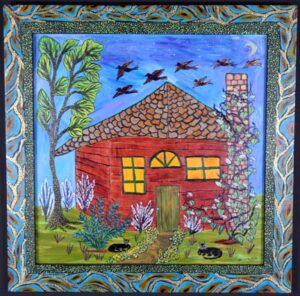 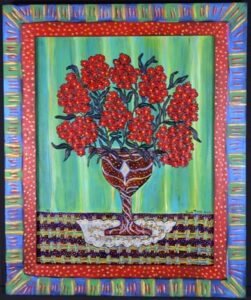