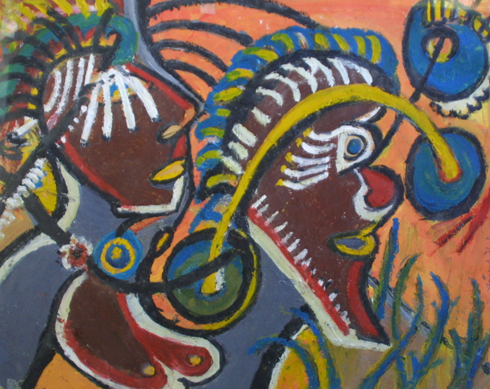 Joseph Hardin, born in 1921 was discovered by another artist, Virginia Martin of Birmingham. Martin delivered Meals on Wheels in the section of North Birmingham where Joe lived. She recognized the talent of this man who was so severely crippled with arthritis that he was unable to move except in a minimal fashion, just his shoulders and arm joints. With a brush or pencil pushed between the fingers of his claw-like hands, Joe persevered until the end of his life with making art, having an occasional visitor thumbtack his paintings to the walls of his apartment as his works were finished.

Virginia Martin began bringing Joe discarded mat and canvas boards on which to work. She offered encouragement and helped collectors to find a way to his door. Since Martin was a docent at the Birmingham Museum, she introduced Joe’s work to the curator there which resulted in his being honored with a one-person show at the Museum prior to his death in 1989.  Joseph Hardin’s works are very rare gems found in important collections today. 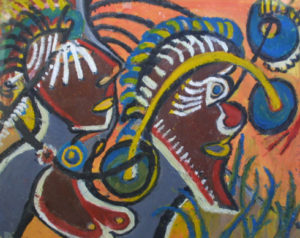 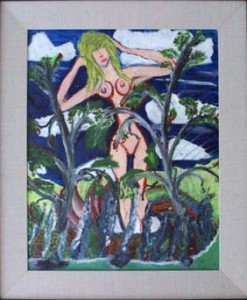