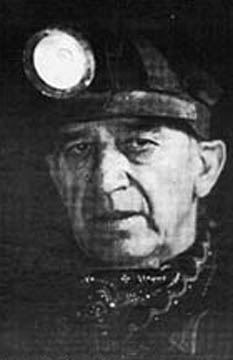 Considered one of America’s great self-taught painters, John “Jack” Savitsky was born in 1910 in Silver Creek, Pennsylvania, and lived in Lansford. He left school after the sixth grade to follow in his father’s footsteps as a coal miner. After thirty-five years in the mines, they closed and he then began to paint and draw everyday, at the suggestion of his son.

He is renowned for his cheerful, colorful depictions of life around the coal mining regions of Lansford, Pennsylvania. His art depicts the life and times of the life he knew, coal miners, their families and life in the rural villages. He painted what was close to his heart. When he was told by his doctor that paint fumes were aggravating his “black lung” disease, he switched to pencils, prismacolor pastels, and markers on paper.

Jack Savitsky died in 1991 from complications of his “black lung” disease. Today his works are displayed in many well-known collections and museums. These include the Smithsonian American Art Museum, the Museum of American Folk Art in New York, the Abby Aldridge Rockefeller Collection, Williamsburg, the Milwaukee Museum, and the National Museum of American Art, Washington, DC. 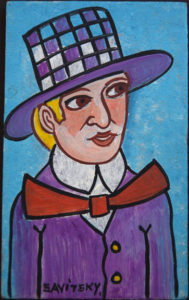 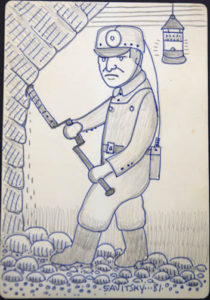 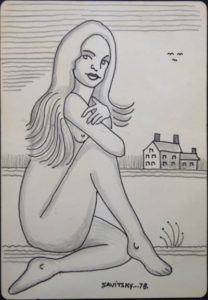 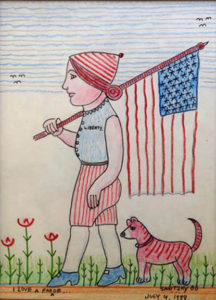 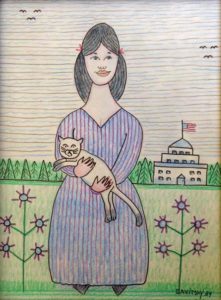 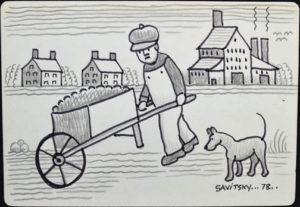 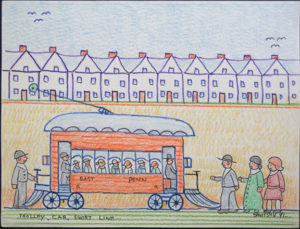 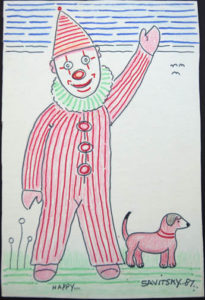 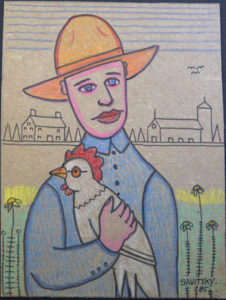 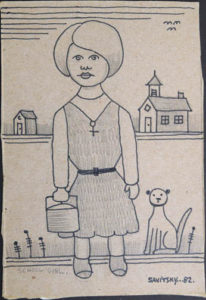 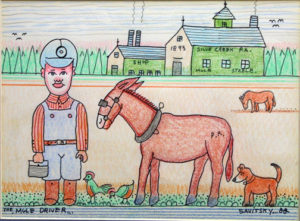 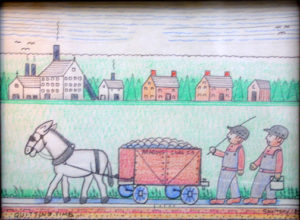 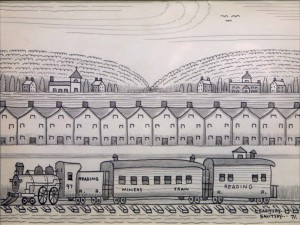 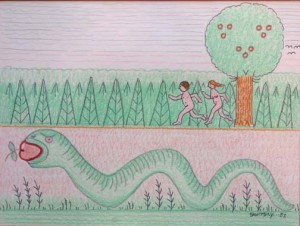