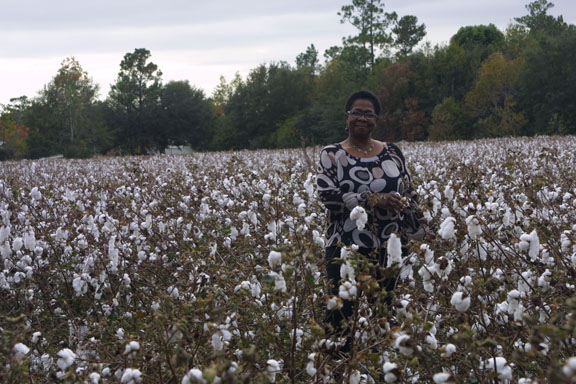 Ruth grew up on a south Alabama farm where her grandfather and his brothers were sharecroppers. The families planted and harvested corn and cotton, by plowing with a mule. They raised chickens and had a garden for their food and had a well for their water. Ruth was close to her family and had three first cousins nearby who were like additional sisters to the one she had. Ruth became a prolific painter at the age of 8 and created many works utilizing her natural gift. Unfortunately, all of her paintings were lost in a tragic house fire which was a crushing blow to her. She didn’t pick up a paintbrush again until she was taking care of her elderly parents thirty-four years later. When their stories were shared again, many memories flooded back about life on the farm. These she began capturing with acrylic on canvas, wood and found objects. Her paintings are often framed with wood from an old slave quarter’s cabin, a 150 year old church and wood reclaimed in the aftermath of Hurricane Katrina.

Ruth was born December 8, 1952 and married in 1975. She reared six children and did a variety of activities while her children were growing up. She had an antique shop where she bought and sold odds and ends and later became a teacher’s aide and substitute teacher. She loved the creative projects in the local schools and was an avid volunteer there.

“When I was young, I grew fond of many old people that I got to know by going with my Mother, who was a traveling beautician. I was fond of these elderly folks because they had so many great stories and a lot of knowledge about the world. Nothing gives me more pleasure than to bring them back to life in my paintings. I hope that my art will share the love I have for them because it is straight from my heart.”

Her paintings have been exhibited in New York, Chicago and Atlanta and are included in many important collections. 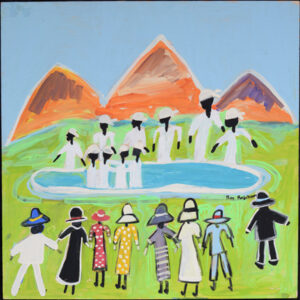 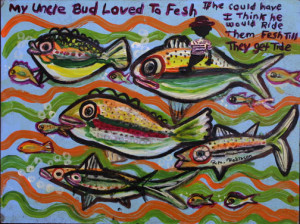