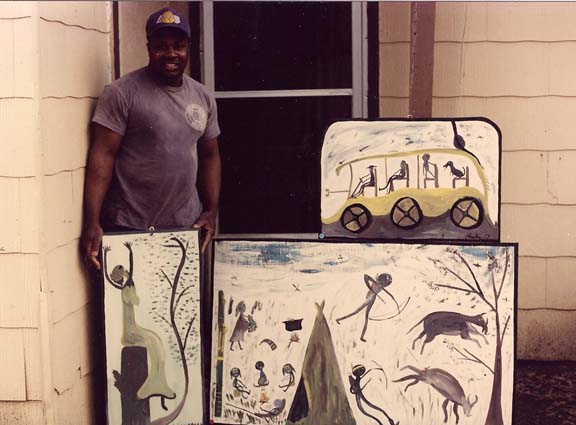 The son of Mose Tolliver, one of America’s most important self-taught artists, Charles began painting seriously since l986.  He was born  February 27, 1962 in Montgomery, Alabama. “I saw my Daddy painting and when I felt like trying it, and he said, ‘Go ahead,’ and encouraged me.”  This usually happened on Sunday evenings when his entire family would visit his parent’s Sayre Street home after having a meal together. “We would sit around and paint and talk. When I pick up a paintbrush and look at a board, I just let it flow. I never know what the painting will be. It just comes out.”

Charles Tolliver has been influenced by his father with regard to his art materials but he has a unique style of his own. Imaginative value studies flow from his brush with strong grey values. Works with African overtones as well as themes from the American West re-occur in his work. His love for nature and his fellowman is also apparent in his paintings of animals and plant forms, which bear a resemblance to his father’s earliest works, which Charles recalls, were painted when he was eleven or twelve while living on Morgan Avenue.

For many years he worked six days a week for the city sanitation department and since 1991 spent many evenings in his backyard studio painting. He says, “When I get home from work even though I’m tired, I just can’t get cleaned up and eat until I have painted something. I just don’t feel like a whole person, if I haven’t gotten to paint each day.”  Charles now works helping others in his family with home remodeling and doing sheetrock work. “I look forward to the day when I can paint full-time.” 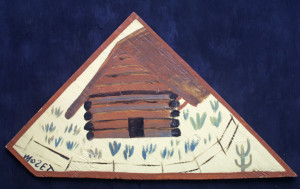 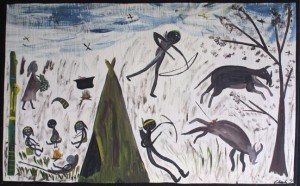