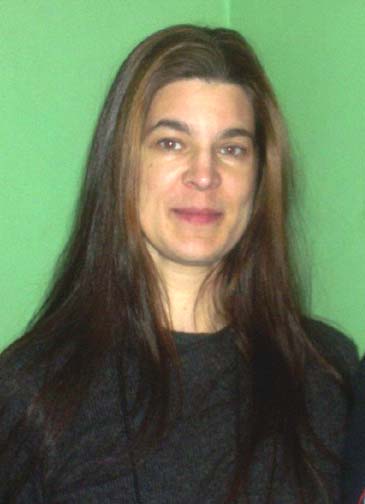 I was born in 1963 in Lincoln, Nebraska. I grew up in Nebraska, and now live and work in Oregon. I have been a creative, since I was very little, before I was even five. I remember collecting things that I would find (little rocks, pretty pieces of paper, etc..). During 1960’s and 70’s, with the Vietnam War and civil rights struggle happening, our home was a very lively place in Omaha. The music of this era filled our home. I think these were the times I realized that I was an artist. I drew pictures for everyone, like a lot of children do. It was my little show and tell for company. My mother wanted a big family, but couldn’t have any more children, so we had up to 10 foster kids in our house at one time, plus my adopted sister who is Mexican as well as a foreign exchange student from Columbia, and me. Our house was like a safe place for all the kids, mostly teenagers. Then my parents divorced when I was eleven. I remained in complete confusion until I was twenty-five. I dropped out of school in 10 th grade, and joined the army shortly after that, my life began gradually to have clarity and I now feel well grounded.

Making art is all I ever wanted to do. I tried working at various jobs– waiting tables, cleaning hotel rooms, being a cocktail waitress– never thinking that I could support myself as an artist . I considered going to art school, but it seemed an overwhelming long shot. I thought it better to spend less on school, get less in debt, and learn a trade. So I became a dental technician. For ten years I continued doing my paintings for my own pleasure. I rented a little studio where I met my artist husband. I was making a very modest living, but it was enough. I made the leap and quit my job. I realized that I would rather make a little money, and love what I’m doing then anything else. Now people all over the world are collecting my work.

I have always just naturally created, and loved art keeping sketchbooks filled. My style is always changing and growing as I find better ways to reveal it. I search for a point of view that’s mine, but also just human. The paintings are most often about relationships, between the characters in the work, and also with the viewer. The subjects are usually girls, women and animals. Stating the process with the drawing. I paint over what I don’t like, redraw, and repaint, over and over, until I find the right colors or until something interesting develops, an expression, a feeling, or idea about what is going on in the painting. It’s a discovery. Then as it clarifies itself I can finish it. When I’m participating in the process, but not controlling it. That’s when it’s best. I hope to do my art for the rest of my life. 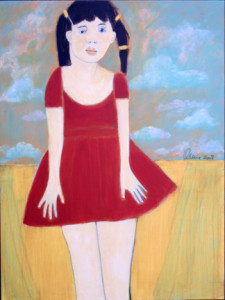