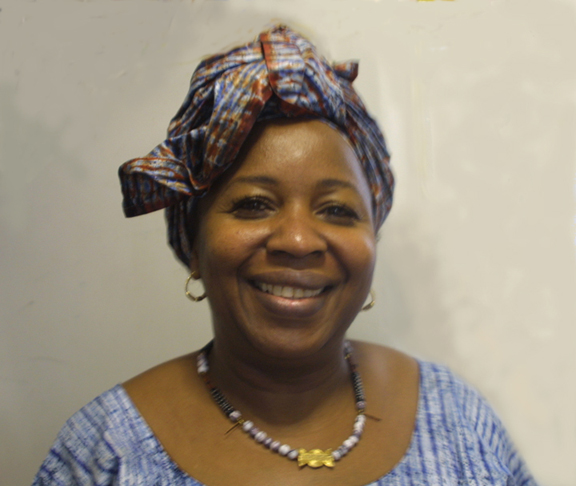 Hawa Diallo is featured in the February 2016 issue of O Magazine.  She remembers fondly helping her mother take care of her grandmother who lived to be 105, when Hawa was a child in Mauritania, Africa.  She longed to go to school but her traditional father forbid it and instead she was married at 13 to a cousin ten years older.  Her days were filled with cooking and washing clothes in the river.

In 1989 violence suddenly broke out in her village.  Pregnant with a fourth child, she quickly got her children to safety, then went back to save her nephew and half-sister.  Some men captured Hawa and shackled her in a hut for days.  When she managed to escape, she found her children and they hid in a wagon loaded with water barrels going to the river.  Once at the river, she found a boat to go to neighboring Senegal.  Hawa struggled for four years there in a refugee camp.  Finally a nice lady who purchased fruit from her became her friend.  Hawa told the lady that she dreamed of going to America one day, the country of the flag that was on the bags of rice provided by the Red Cross.  Her friend helped this dream come true.

Once in the United States with her four children, Hawa worked at numerous jobs.  She loved to cook and take care of the elderly in particular.  She had the good fortune of taking care of a well-known writer, Charlotte Zolotow, for the last two years of her life and through this experience,  became friends with Charlotte’s daughter, Crescent Dragonwagon.  While catering the food for a writing workshop for Crescent, Hawa joined in a 15 minute drawing exercise.  Rarely had she held a pencil but in those few minutes, her drawing came to life and her visual gift was revealed.  After this Hawa’s spare time and thoughts were consumed by making art.  With every work, the thorns of the horror from her past were removed.  She painted vivid dreams of her country that she left behind.  She drew what came to her automatically, symbols and shapes that she saw on the paper.  She healed from the violence in her past.

Another dream came true when Hawa was profiled in O Magazine. Now Hawa dreams of a future of making art everyday and sharing her works with the world. 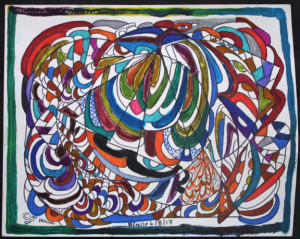 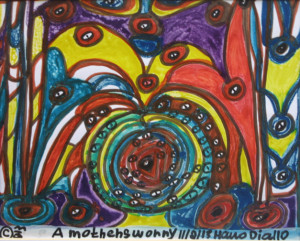 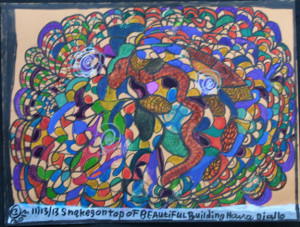 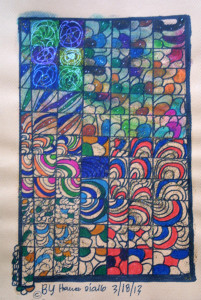 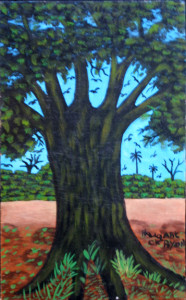 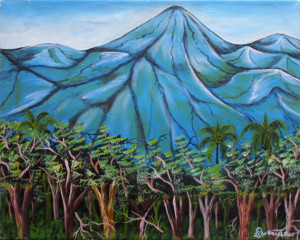 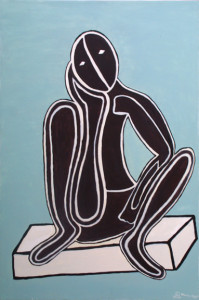