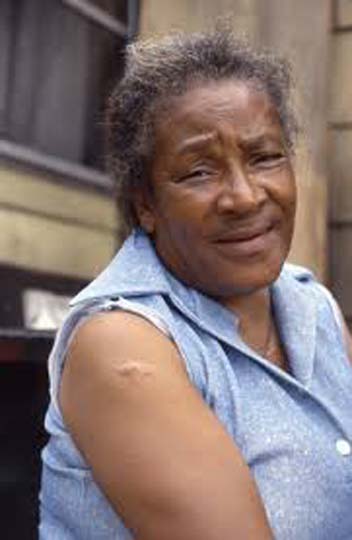 Bessie Ruth Harvey started making art when she was at her lowest point, trying to support her 11 children with welfare and whatever else she could find to do toward her family’s survival. God gave her this insight and this gift, she said, in New Art Examiner.  She was born October 11, 1929 in Alcoa, Tennessee, one of ten children.  Her mother was an alcoholic and her father died when Bessie was very young. She grew up with very little education or guidance.

In 1974, Harvey began making small figures that she talked to about her burdens. She felt she could move herself into these dolls and God would speak to her there, offering her solace. Her work is unified by African history and religious themes, though as a self-taught artist with only a fourth-grade education, she professed to be unsure how Africa came into play. Her heritage as a black woman was important to her, however.

Harvey’s art, whatever form it took, was created with items from the natural world like tree roots, branches, limbs, vines, feathers, and shells. She also used paint, glitter, old jewelry, artificial flowers, rope, whatever other people threw away. She has been called a “visionary artist,” and she thanked God for the visions that guided her work. She ardently believed that together, God and nature were the true creators working through her.

Her work has been widely collected and can be found at the Smithsonian Museum of American Art, Washington, D.C., the Metropolitan Museum of Art in New York,  Norman Museum in New Orleans, the Brooks Collection in Chattanooga and at the National Civil Rights Museum in Nashville,TN.   She died August 12, 1994. 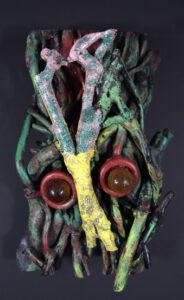