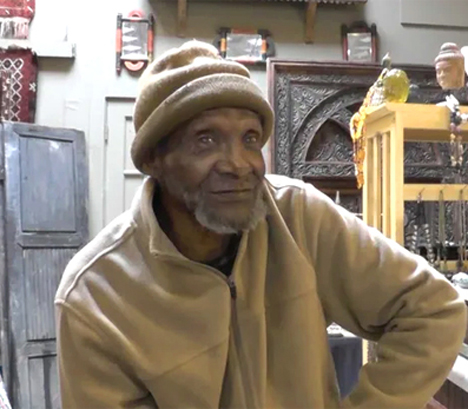 Richard Burnside, a man of visions of ancient times, created primal, raw works of art on whatever he could find. Born in Baltimore on November 29, 1944. Burnside spent a brief stint in the armed forces, then worked as a chef in Charlotte, North Carolina at a hotel restaurant. “I was a world famous chef!” Plagued at night by dreams of ancient times, he found he couldn’t rest until he let them out through his painting.  He spent much of his life in Pendleton, South Carolina and was often found on the Square there.

“Gotta obey God,” as he put it. His paintings are rife with symbols, some carrying personal meanings for Burnside, and some of unexplained products of his visions.

His standard images include Ancient Kings and Queens, Jungle Cats, and a White Wolf. Many of his paintings include what he calls “Roman writing”, letters in an ancient language Richard saw in his visions, an “Ancient King and his Knights.” He provided detailed analysis of the symbols found in a typical painting if the purchaser was interested. Various meanings were assigned and descriptions of the symbols involved, often described the character of each King or Queen and his advisors. Halos represented that the royal one was a good ruler. Dots around the outside of the work represent different tribes of man.

In 1988 Burnside’s art was included in a major exhibition at the High Museum in Atlanta.  Now his work is in many important private collections and museums, including the Smithsonian American Art Museum.  Burnside died on October 13, 202o in Georgia where he lived the last few years of his life in a nursing home. 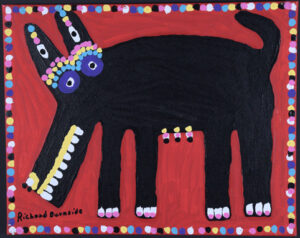 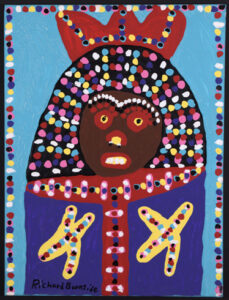 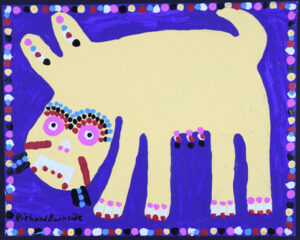 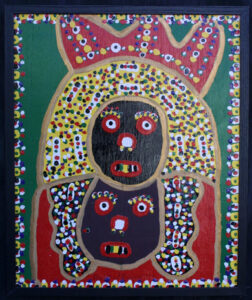 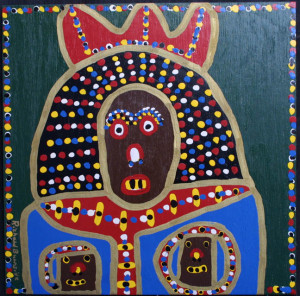 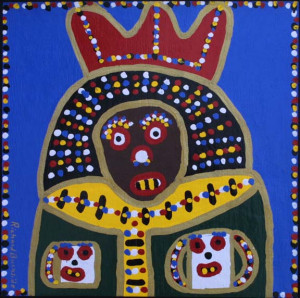