“Artist Chuckie’s” paintings were discovered in 1990 when a building near his house in the Queensboro neighborhood of Shreveport, Louisanna was blazing, the result of an arson fire. Though his mother and brother had left the home for purposes of safety, the police had trouble getting him to leave. As it turned out, he would not abandon his trove of paintings, which then came to the notice of a reporter.

Born in 1957, “Artist Chuckie” began painting in the 1980’s after an emotional breakdown for which he was hospitalized. During this time he experienced a vision from God in which he was told to paint and make art, that his work would become famous and loved by people of all ages. Using found materials, his earliest works were double-sided portraits in bold colors, often with added glitter.

In his lifetime he created paintings of favorite celebrities like Michael and Janet Jackson, Magic Johnson, and The New Kids on the Block. He also painted animals, landscapes, family, and, his favorite subject, Jesus.

According to his mother, “Artist Chuckie” started drawing when he was three on his own, the monsters and ugly faces of his dreams. When he began to paint in the 80’s, he would work on materials he found in vacant lots, like tossed out plywood, cardboard, and sheet rock. He also used found objects, including oil drum lids, discarded paper, paper bags, boxes, and wood chunks. He painted in bright acrylics, heavily laid on. His pencil lines were pressed deep into his “canvasses.”

After dealing for years with diabetes, Williams died at the age of 42 of kidney failure October 13, 1999. His work is widely collected and is exhibited at many House of Blues Clubs throughout the United States. 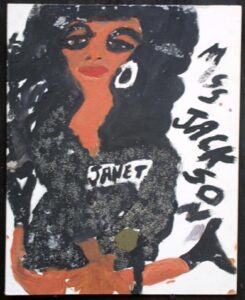 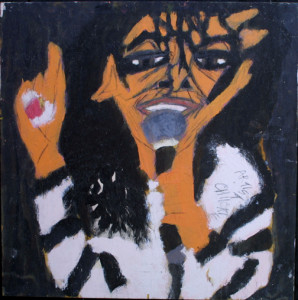 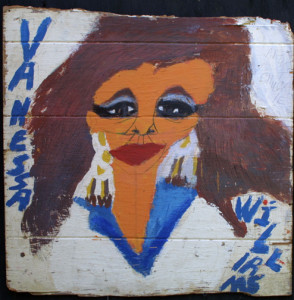