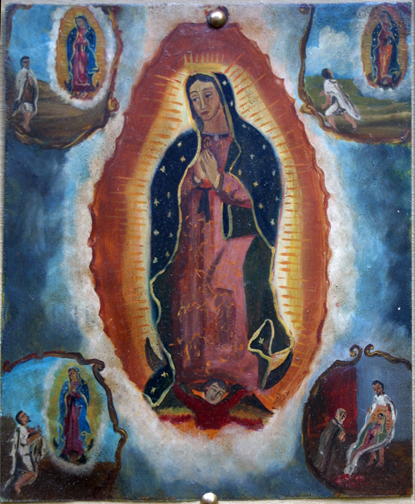 Retablos are painted depictions of holy figures that hold a place in the very early traditions of the Catholic Church. These small paintings on tin became popular in the 19th Century as centerpieces for personal devotion in homes.  These were painted by untrained painters in the folk tradition throughout Mexico.  The depiction of the Saint was often copied from other paintings, relying on iconography fixed by Church tradition to paint identifiable holy figures. The folk painters, despite often being limited by materials at hand produced holy portraits of great charm and admiration. These family icons often became prized family heirlooms for generations.

The earliest retablos on metal were painted on copper.  Then in the late 1700s tin plated zinc sheets became available as painting surfaces.  When the availability of inexpensive steel engravings and color lithographs spread, it led to the demise of devotional retablo paintings in its original form.  Early retablos and ex votos remain unmatched in their scarcity and beauty.  They have important historical and religious significance in Latin America. 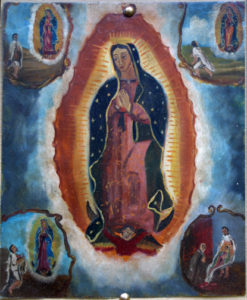 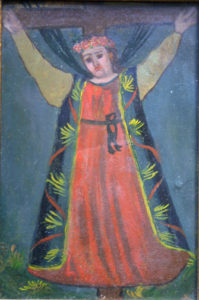 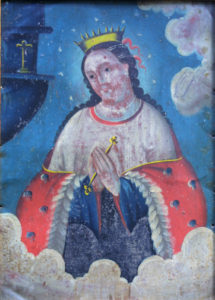 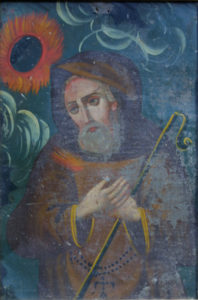 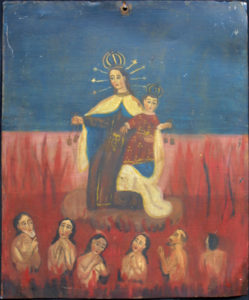 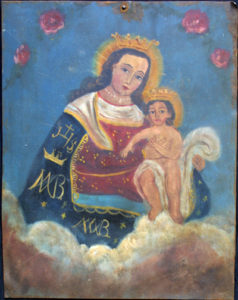 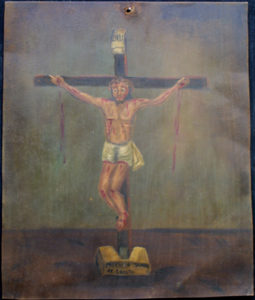 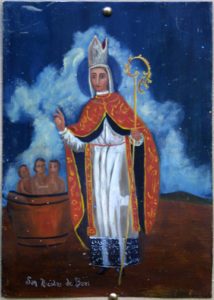 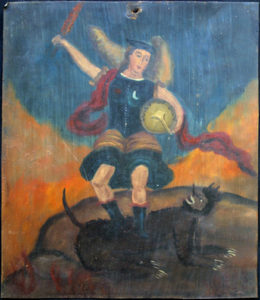