Who is Marcia Weber? 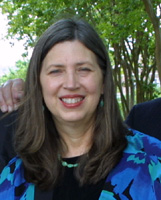 Forty-eight years ago Marcia collected her first piece of self-taught art and didn’t stop.  For 29 years Marcia has directed her gallery, Marcia Weber Art Objects, Inc.   Filled with a vast collection of masterpieces by self-taught artists, the gallery has a special focus on outsider art and contemporary folk art.  In 2018 the gallery moved from Montgomery to the heart of a historic suburb called Wetumpka, Alabama.

Marcia has enjoyed a lifelong interest in the visual arts. She taught art in public schools, directed several galleries and painted professionally after getting her Degree in Studio Painting from Birmingham-Southern College. Marcia has had close friendships with many of the artists featured in her gallery for a number of years.  She has spent more than 35 years in the self-taught field actively documenting these artists’ lives, environments and their works of art.   Featured on All Things Considered and other National Public Radio segments, she has lectured at museums coast to coast including the American Folk Art Museum in New York as well as the High Museum in Atlanta.  Marcia’s knowledge of this field coupled with her close proximity to many of the best-known Southern self-taught artists through their most productive years, gives her a unique perspective in this field.  She clearly enjoys the challenge of selecting masterpieces from artists’ studios and from seasoned collectors and placing them with new caregivers throughout the world.