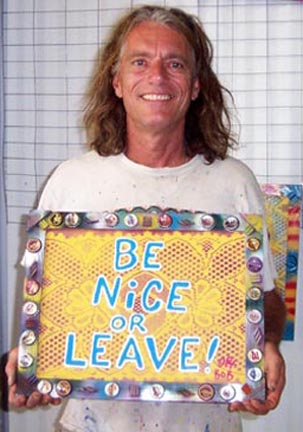 Known for the phrase “Be Nice or Leave,” Dr. Bob uses found objects along with paint to transform a variety of surfaces into his art creations.  He was born in Kansas in 1952 to parents who were American Indian and of European descent. When he was younger he was a forest ranger and a construction worker. He has spent much of his life in the Louisiana swamps and knows alligators well. Now he spends his full time creating as a self-taught artist.

“Creatures from the bayou, the characters of the Quarter, and the spirits and demons of the Crescent City are all captured in my paintings. I work with whatever surface speaks to me…architectural salvage, and found objects from the city, the river, and the swamp.” His works are in many private collections and are prominently displayed at the New Orleans House of Blues. 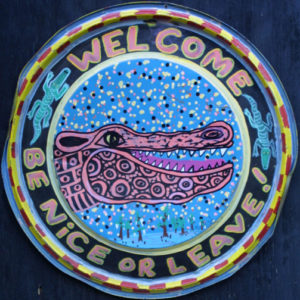