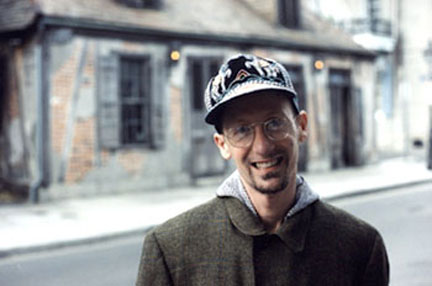 Born May 21, 1957, Crosby was a self-taught outsider artist from New Orleans, Louisiana. He painted from his imagination and from life experiences on whatever he could find–cloth, found objects and vessels, wood and canvas. His imagery was unique including bright colors, Egyptian/ Chagall-like characters and occasional words to form his own framing narrative around his work.

Crosby created compulsively since childhood, and was dejected when a severe nerve injury rendered his painting arm useless. After a period of depression, he began trying to work with his other arm determined to paint again which he did. Another setback was the discovery that he was HIV positive in early 1980’s. He continued to create his work when he was well enough, until his death at age 37 on July 15, 1994. 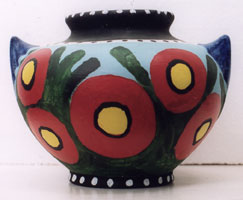 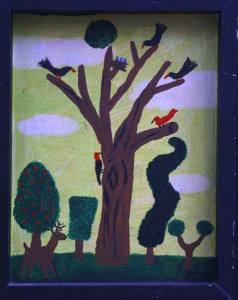