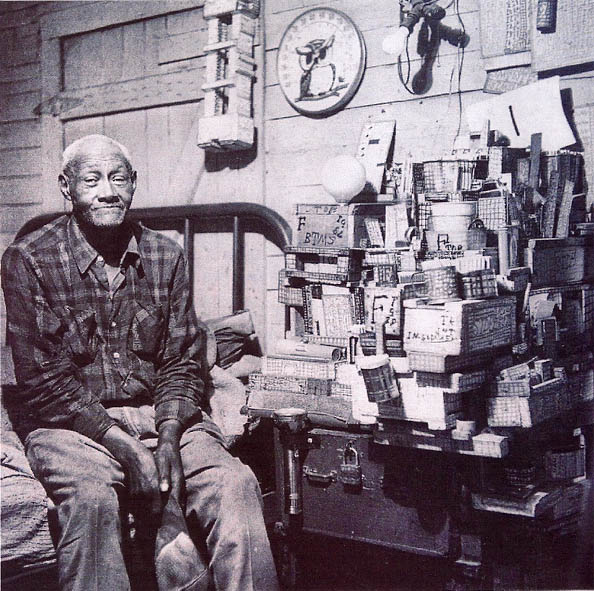 Zebedee “Z.B.” Armstrong was born in 1911 and always lived in Thomson Georgia. He fashioned wood and other found objects into elaborate calendars and other constructions, usually painted white and patterned all over with a grid of red and black using magic markers. He made the calendars to predict the date of the end of the world.

He spent his last years in a nursing home, no longer able to do his art. His work appeared in “Passionate Visions of the American South” in 1993. In 1997 a whole room of his work was part of the exhibition “The End is Near” at the American Visionary Art Museum in Baltimore. Z.B.’s work is in many permanent museum collections including the Birmingham Museum of Art and the Morris Museum of Art. Zebedee Armstrong died in 1993.