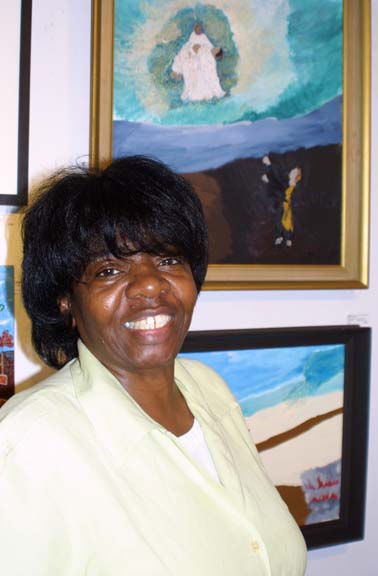 Annie Lucas grew up in a rural area of Autauga County, one of fifteen children. Her father died when Annie was five and her mother reared the family without remarrying. “Mother was always sewing, and she could be so creative about making us new dresses out of flour sacks.’ Annie learned to sew also, but her creativity grew beyond the necessities of life. In the seventh grade, Annie became interested in art and she began to dream of being an artist. About that same time, in 1966, she met Charlie Lucas, whom she later married.

Charlie was already making things with metal when they met and she admired his artistic ability. They “grew up together, picking vegetables and riding the schoolbus.” In 1971, when Annie was seventeen, they eloped to Florida. Through all the years of rearing her young children Annie’s dream of being an artist was still present. It was not, however, until after her husband Charlie had suffered a disabling back injury, that Annie had experienced a vision of “Jonah and the Whale” on the walls of their home. “Art was God’s answer to my prayers.” Annie now combines paint and needlework on stretched cloth to interpret Bible stories. She especially loves to paint the epic stories of the Old Testament and Revelations.

Annie stays in constant motion caring for her fellow church members and family which now include two grandchildren. She and Charlie divorced in 2010. Annie has furthered her education and volunteers with many local non-profit organizations. 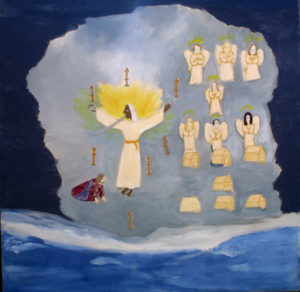 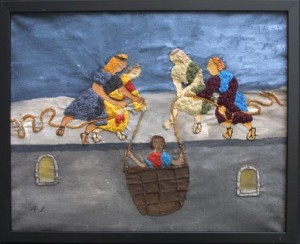 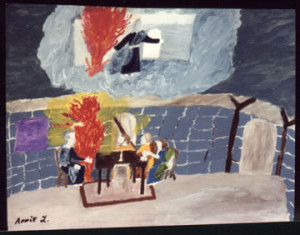