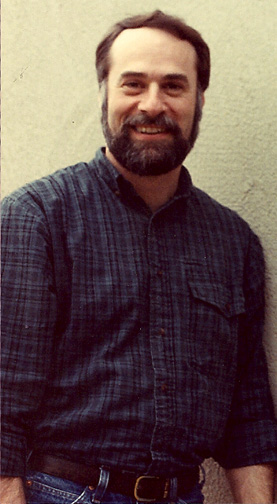 Mike Esslinger’s art was shaped from cold rolled steel, sheet metal, and found salvaged parts. His love of big sky country, especially its nightscape, inspired many of the moon and star pieces that Mike created.   Mike was born in Emporia, Kansas on October 22, 1949, and as a child moved with his family to Oklahoma, Texas, and later to Georgia, where he lived since he was 14.  Homesick for his childhood home in Kansas, he returned to work on his uncle’s farm every summer until he graduated from high school.  Farm work instilled in him a love for the outdoors, working with his hands, repairing machinery, and all things mechanical.

Mike moved from Atlanta to Northeast Georgia in 1976. He worked as a counselor for the Department of Corrections for 15 years. He was married to the self-taught artist, Sarah Rakes. They reared three children, Asa, Ian and Amie on 21 rural acres surrounded by a National Forest. By 2016 his adoring family included two granddaughters.

Mike first began welding arbors and trellises for Sarah’s garden and soon his own unique vision flourished and found its way into the homes, gardens, porches, and patios of collectors lucky enough to have one of Mike’s works.

Mike was beloved by many. He was tireless in his efforts to be supportive of his family and of Sarah’s artistic career.  He was the carpenter who created frames for Sarah’s paintings, and mounted each work of hers with care.  The two formed a loving, working creative unit for many years.  As a result a multitude of stunning one of a kind works of art flowed from their remote valley.  Mike died on March 29, 2016 after being ill for a few months.

His works of art were collected as fast as he created them and now grace many gardens and homes from California and Arizona to the Carolinas.

Gallery shipping for large scale works is not available.

(Note:  Over time outside a rusty patina is acquired by each work.  Some of these photos show these works prior to having the 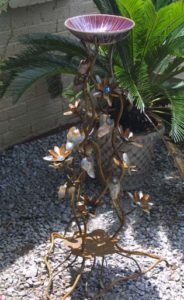 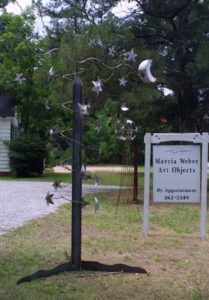