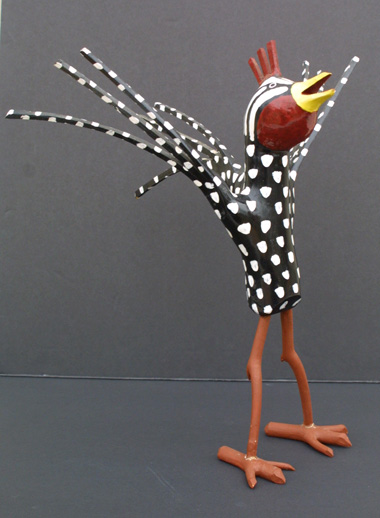 Calvin Cooper grew up in Eastern Kentucky and became known in late life when he began creating birds and animals from wood, using specially selected twigs and natural branch formations.  He served in World War II and returned home to marry and father three children. He died at the age of 90.  He immersed himself in woodworking and creating objects after his retirement from the Kentucky Department of Transportation.  He looked for wood in the forests and used the natural shape in the wood in each work.  He enjoyed adding a bit of humor to his distinctive works and an element of surprise in his portrayal of each animal.

His Cooper Rooster has become highly sought after by collectors throughout the United States. Cooper’s work is in the collection of the Museum at Morehead State University.